Webelec is the internal tool that the TVA team uses to propagate the election results to TVA viewers. Webelec is therefore used by the editorial team, the animators, the management who follow the results during election night.
The need to change infrastructure has pushed TVA to rethink and reinvent to be more efficient. Appwapp actively participated in defining all the needs including the new environments as well as those of the interface. A year of work that earned itself a gloomy election night with a spectacular performance by the new Webelec and the TVA team. A real success! 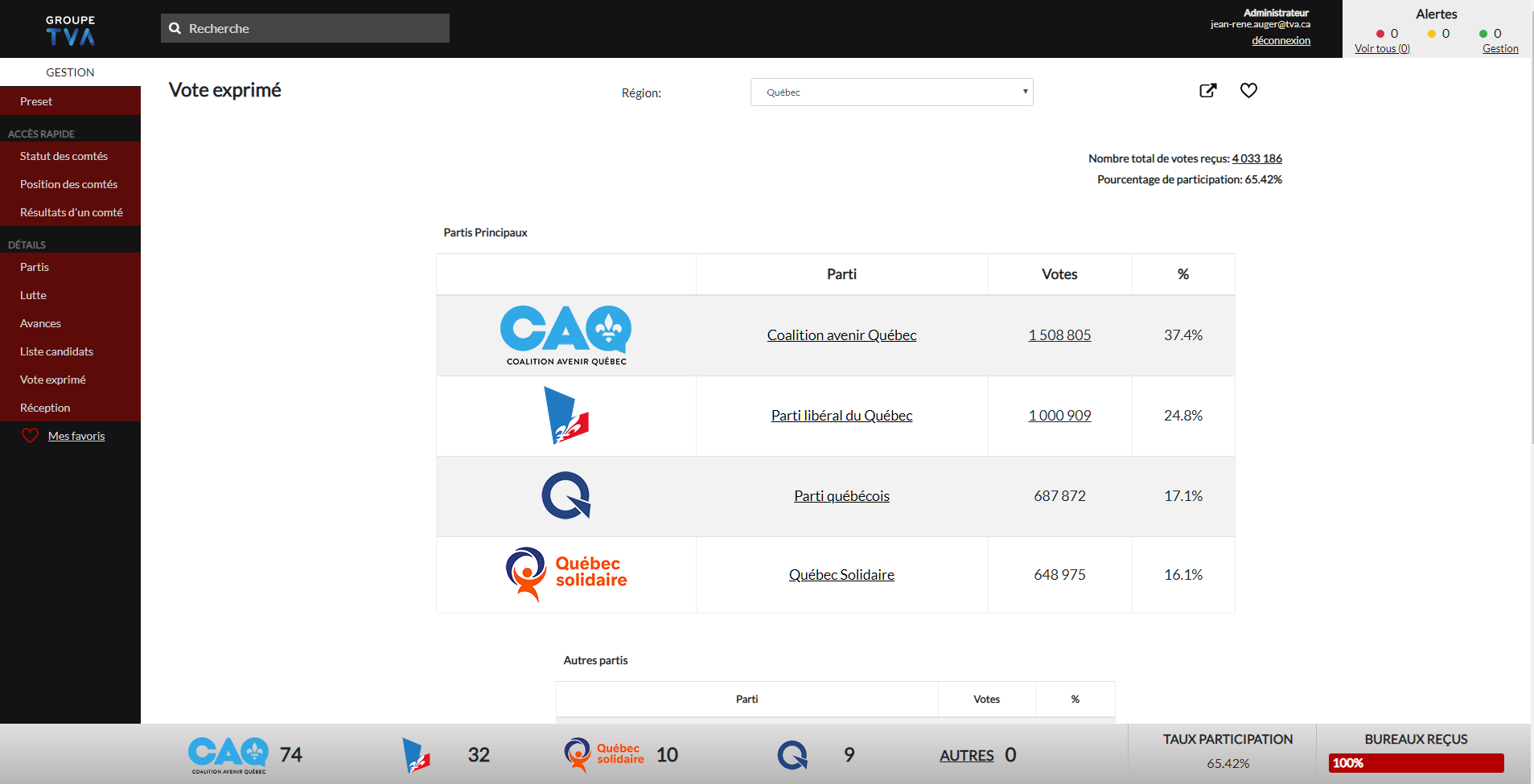 Strength of the overhaul:

Donation terminals for the CHUM
Scroll to top